Bowden shocked by Blackpool (the truth behind the scoreline)

Blackpool Men’s 1s 2-5 Bowdon Men’s 3s by Peter Latimer The police had given warnings to the travelling fans to be in The Dome at least one hour before push back and only fans with tickets should make the journey. Much of Blackpool and the outlying areas were at a standstill and the police eventually […]

Blackpool roll over a tough Lytham side

Blackpool Men’s 2s 2-0 Lytham St Annes Men’s 4s by David Wright Blackpool 2nd XI gained a well earned victory over an experienced Lytham side with goals from Ashley Blakemore in the first half & Jonathan Donnelly 10 minutes from the final whistle to seal their win. A good solid performance from the Blackpool midfield […]

Blackpool Men’s 1s 1-2 Tameside Men’s 1s by David Wright Blackpool entered their 5th league fixture undefeated and started very well until the 15th minute where Tameside managed to grab a goal from a short corner, Blackpool quickly found themselves under great pressure as Tameside continued to press forward their attacks with another shot crashing […]

Blackpool come on top proud despite the loss

Never presume you can beat Blackpool

Blackpool Men’s 1s 4-0 West Cumbria Men’s 1s by Peter Latimer If you look in the Oxford English Dictionary under ‘presumptuous’ you will find the following reference – ‘a belief or assumption based on reasonable evidence’. West Cumbria arrived at Stanley Park with the belief that they were going to just turn up and walk […]

Blackpool Men’s 1s 0-0 Sale Men’s 1s by Peter Latimer There was once a man who said ‘you can’t write a report on a 0-0 draw’. Well I beg to differ…… Saturday easily witnessed the best game of hockey Blackpool have played in for quite some time. A great spirit, some competitive hockey and end […]

Blackpool Men’s 1s 1-0 Wigan Men’s 2s by Peter Latimer Sean Connery, George Lazenby, Roger Moore, Timothy Dalton, Pierce Brosnan and now Daniel Craig. Everyone has their favourite, mines Sean but my favourite film is Live and Let Die which has Roger Moore as 007. Blackpool can be compared to a Bond film this season […]

Blackpool start the season flying with a win in Wales

Blackpool Men’s 1s 2-1 Northop Hall Men’s 2s by Peter Latimer Precipitation fell from leaden clouds, forests heaved and bowed under sodden skies, not a bird song to be heard, nor gods creatures seen underfoot. The wind blew strongly from the west in to the faces of 13 good and true men, all stood up […] 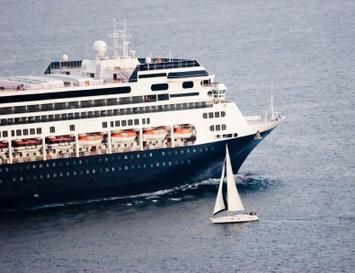 Blackpool Men’s 1s 16-0 Bury Men’s 1s by Peter Latimer As any seaman knows, there are laws about sailing on the open ocean. Big boats always have right of way over smaller boats, which have to move out of the way. When a really big boat goes past a really small boat the wake causes […]